Disclaimer: The Blog on ‘Indian Defence’ is not a recommendation to buy / hold / sell any stock. The published post is for information purpose only. Please read the detailed disclaimer at the bottom of the post.

India has the third largest military in the world and is the sixth largest spender in defence. In the below write-up, I have tried to put forward basic facts about Indian Defence Sector and how it has evolved over with time.

Before I begin with the write-up, I will explain few terms which might be new for some readers:

BE – Budget Estimates. When the Union budget is presented in Parliament and passed for the financial year, it’s called the Budget estimates (BE).

RE – Revised Estimates. Estimates done in the middle of the ongoing year.

Revenue expenditure refers to the expenditure which neither creates any asset nor causes reduction in any liability of the government. It is recurring in nature. Examples: Payment of salaries, pensions, interests, expenditure on administrative spends, defence services, health services, grants to state, etc.

Capital expenditure refers to the expenditure which either creates an asset or causes a reduction in the liabilities of the government. It is non-recurring in nature. Examples: Loan to states and Union Territories, expenditure on building roads, flyovers. Factories, purchase of machinery etc., repayment of borrowings, etc. 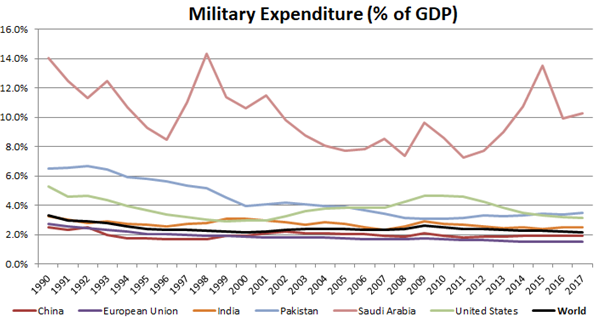 India’s share of Defence in GDP has been volatile between 1960 to 1990, and post then has been broadly declining. It can also be seen the Defence share rising during the years of war in 1962, 1965, 1971 and 1999. The current Defence share in GDP is lowest in many decades. 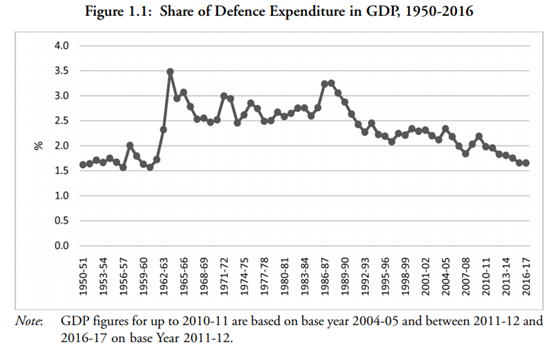 However, in absolute terms, our Defence budget has consistently increased. It has increased from 3,000 cr in 1980 to 2.8 lakh cr currently. Over 40 year period, it has grown at ~12% CAGR rate, with growth rates slowing down off lately. 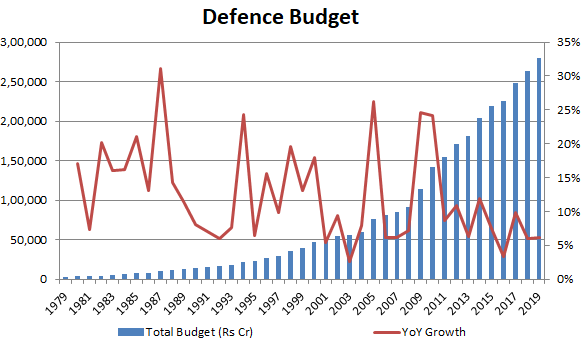 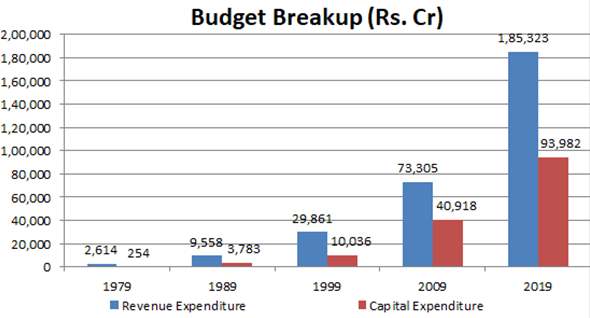 Recent breakup of the Defence budget since 2014 shows how the Pay & Allowances share has increased from 40% to 50% under the current government. At the same time, the Capex part of the budget has fallen.

The lower Capex spending can also be seen with Actual spending consistently being lower than the Budgeted spending, as can be seen in the below chart (blue line). 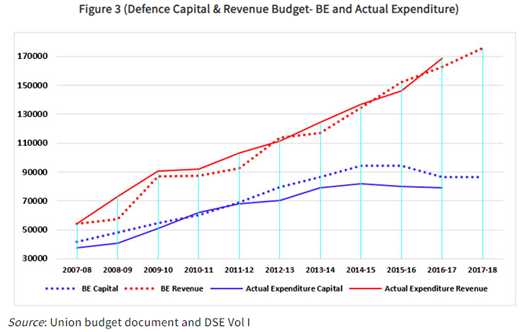 A further breakup of the above chart shows the lower modernisation and capex spend compared to the Budget Estimates in our Army, Navy and Air Force. 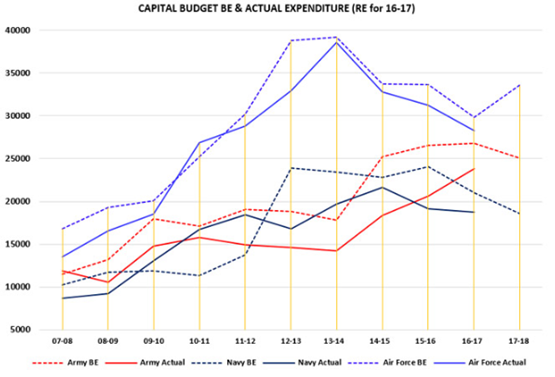 Total Pension share has more than doubled from ~45,000 cr in 2013-14 to ~1,10,000 cr in 2018-19. The same can be seen with increase of Revenue Exp share and increase of Pension and Allowances share in the Revenue Exp over the last decade across Army, Navy and Air Forces. 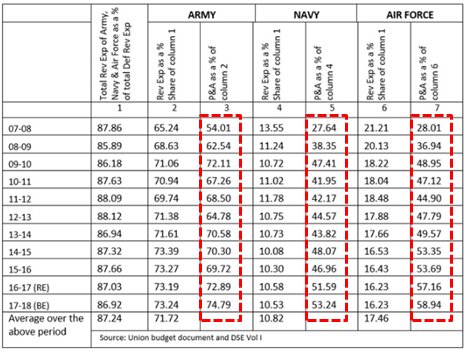 From the major defence economies, India, Saudi Arabia and Pakistan are the only countries who have seen an increase in armed personnel’s over last 3 decades. In fact, India has crossed China in 2016 to have the highest Armed Personnel’s in the world. Rest all major countries have seen a decline in the number. 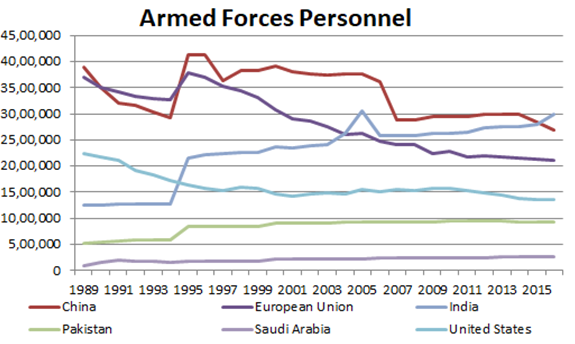 Defence PSUs at a glance can be seen below: 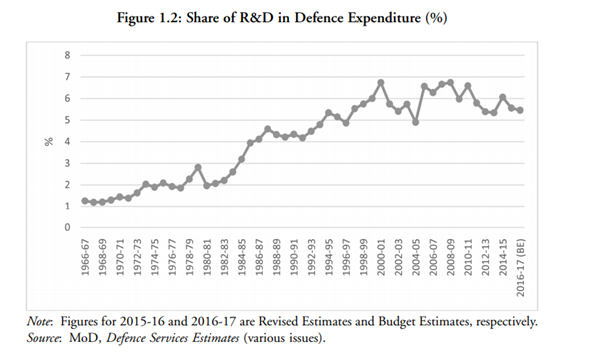