Disclaimer: The Blog on US shale oil development is not a recommendation to buy / hold / sell any stock. The published post is for information purpose only. Please read the detailed disclaimer at the bottom of the post.

Conventional crude oil production generally refers to the pipe and pump production off a vertical well. This means a hole has been drilled straight down into a deposit and a pump jack is put on it to help pull the deposit to the surface where it can be sent on for further refining

Conventional production establishes the basic costs of drilling a well. You need a rig, drill stem, casing, the crew and all the other pieces that go into a vertical well. The difference between shale oil and normal crude is that instead of drilling just past the target deposit, the well will take a 90 degree in the deposit and runs along it horizontally. These wells go thousands of feet down to reach the deposit, but they also run thousands of feet horizontally. This type of well takes more time to drill, which means higher labour costs and more basic inputs like drill stem.

Shale oil is a substitute for conventional crude oil

Deposits of shale oil / gas are found around the world. US is making the most of Shale gas as they have lots of inhabited land. However, looking at success in US lots of other countries have started to explore their shale reserves. Currently China has the largest Shale reserves followed by Argentina, Algeria and United States 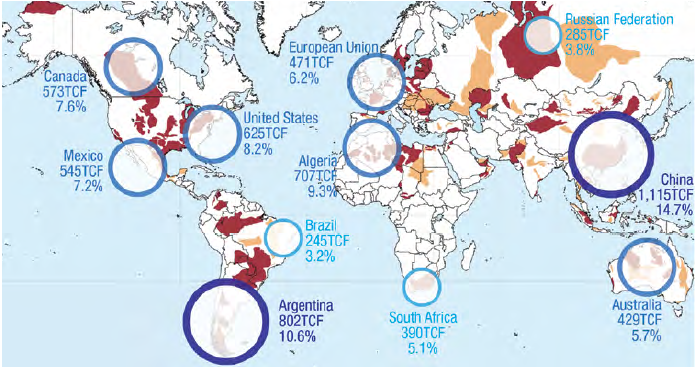 Currently only US and Canada are producing Shale gas at commercial level. China and Argentina are in the early production phase with China being largest potential source. India has very small reserves and have started exploring very recently. Exploration in Middle East doesn’t make sense as any additional reserves will decrease the value of current reserves. Whereas, some countries in Europe have decided to ban production of shale oil & shale gas

Start of Shale Gas Production in the United States : 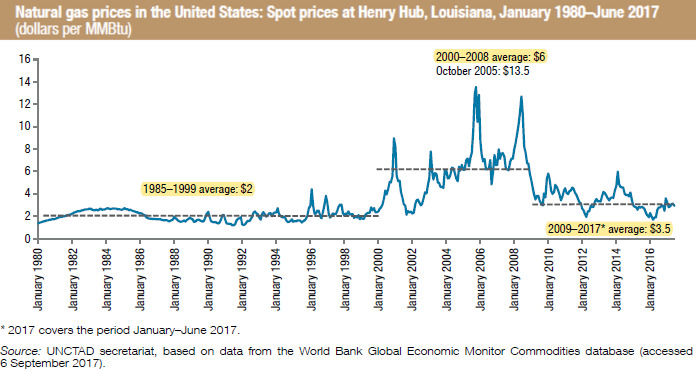 Natural gas prices started to rise at the end of 1990s in the US due to exceptional weather conditions and low inventories. However, later prices softened but yet remained high compared to historical levels (average – $6 MMbtu in 2000-2008 vs. $2 MMbtu in 1985-1999)

The historical high prices of natural gas in 2000–2008 created an opportunity for the development of the large-scale production of shale gas in the United States. Natural gas gross extraction from shale gas wells almost tripled in 2007–2010. However, the combination of large quantities of natural gas becoming available and declining demand owing to the financial and economic crisis in 2008 led to an oversupply situation and a significant fall in natural gas prices starting from mid-2008

However, the sharp downward trend in natural gas prices in the United States did not lead to a significant and immediate reaction with regards to production as Most producers expected the declining trend of natural gas prices to be temporary and also due to long-term engagements of shale gas producers with drilling and fracturing companies, as well as conditions of minimum production enshrined in exploration and production permits in the United States, shale gas producing companies had to continue to drill, whatever the price on the market

Marginal cost of shale gas production in the United States is considered to be around $4 per MMbtu (Forbes, 2017). A barrel of crude oil is equivalent to 5.8 MMbtu of gas 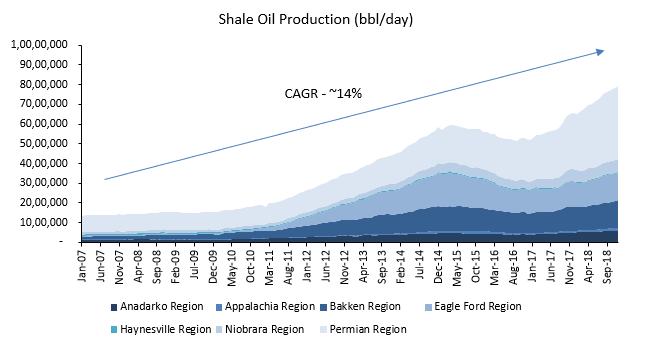 Cost of Production of Various Countries:

As per WSJ – Average cash cost to produce a barrel of oil or gas equivalent in 2016, based on data from March 2016. 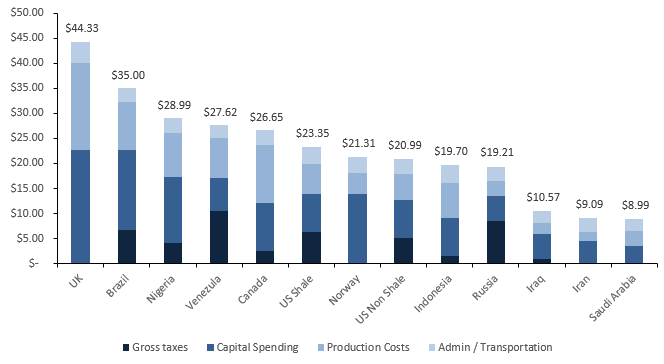 As per consulting firm R.S. Energy Group, the breakeven prices excluding the land costs and overhead is at about $37 for the Permian Basin of West Texas and New Mexico, $42 for the Eagle Ford in South Texas and $47 for the Bakken in North Dakota. But companies require much higher oil prices if all prices are considered. All inclusive break-evens are about $51 in the Permian, $57 in the Eagle Ford and $64 in the Bakken

Economies of OPEC is dependent on their oil exports and oil prices. So, management of oil prices for OPEC countries is very important. With Brent crude prices around $60 per barrel, oil prices are below levels many OPEC and allied nations need to balance their budgets 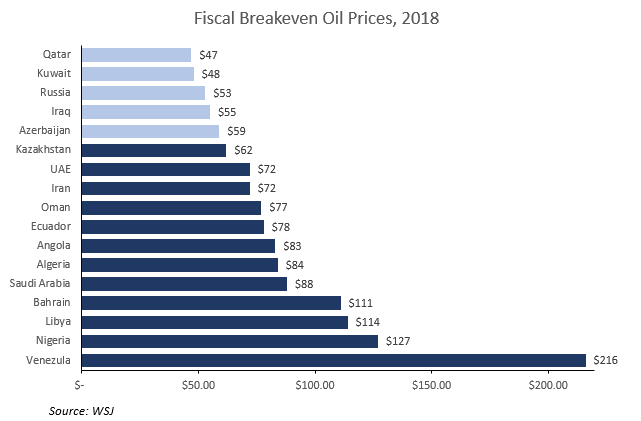